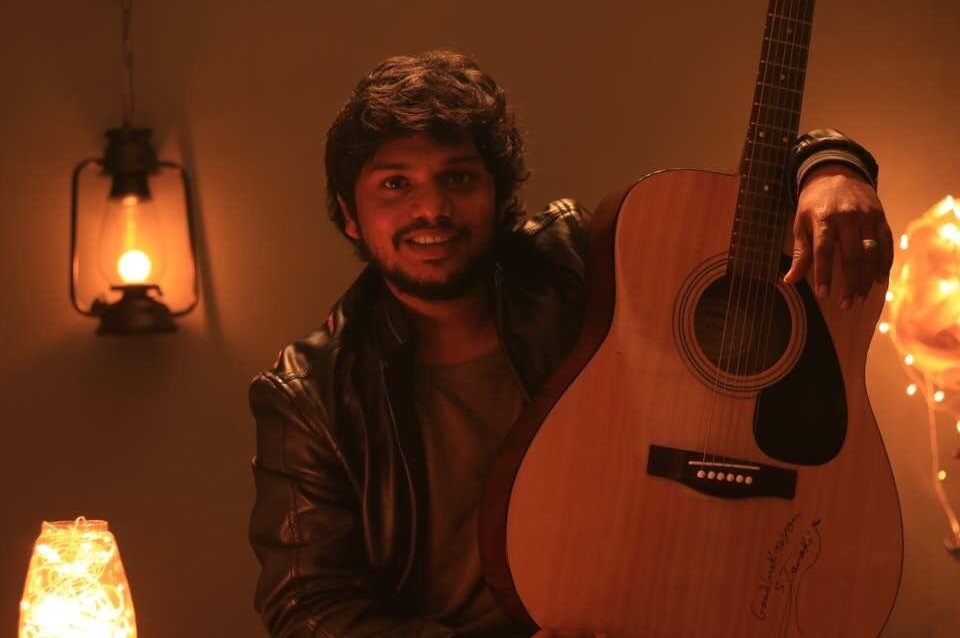 A multifaceted and gifted musician, Joel has an experience of teaching and performing guitar for the past 12+ years. He has mastery on various styles of guitar playing – free style, finger picking, rhythm guitar and rock styles. He is part of many devotional and secular bands in Hyderabad and mainly plays rhythm and lead guitar.He is the founder of VOS and has trained more than 600+ students till date. Fondly known as “JoelAnna” he is known for his charismatic personality and bonhomie among his students and their parents. Apart from guitar, his knowledge in keyboard and drums makes him attain an unified view of various song structures and orchestrations. He believes in music theory and concepts and actively promotes them to perform in front of live audience.

An eminent percussionist, accomplished performer and experienced teacher, Naveen is a prodigy in playing drums for the past 18 years. Associated with many well known bands and named performers from Tollywood, Bollywood as well as Gospel area. Till date, he has performed in more than 250 Live Shows. Naveen's unique teaching methodology have helped many beginners, amateurs as well as intermediate performers hone their drumming skills and excel in their musical endeavours. His association with VOICE OF STRINGS has brought the institute of completeness and professionalism. 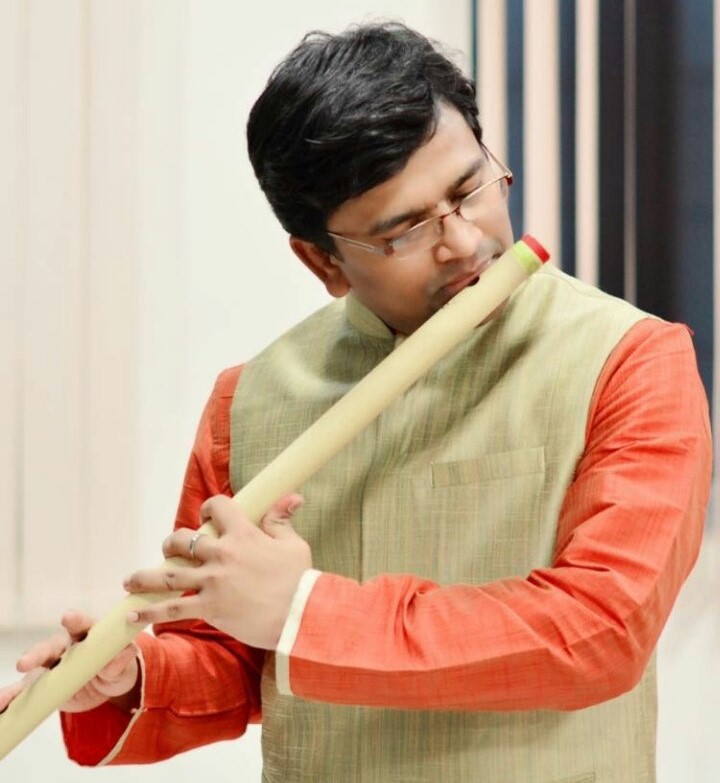 Software consultant by profession, true music buff by nature, Ramzan Ali is well versed with various forms of music and avid flute player. Interested in various wind instruments and believe in spreading the message of music to one and all. His weekends are dedicated to teaching, performing and researching on music. His wide exposure of various music genres brings a great experience to Voice of Strings. Currently, scores of students learn music theory and Indian classical flute (Bansuri) from him. Widely popular among students for his simplified teaching style and bringing in the value based music education at every walk of their lives. 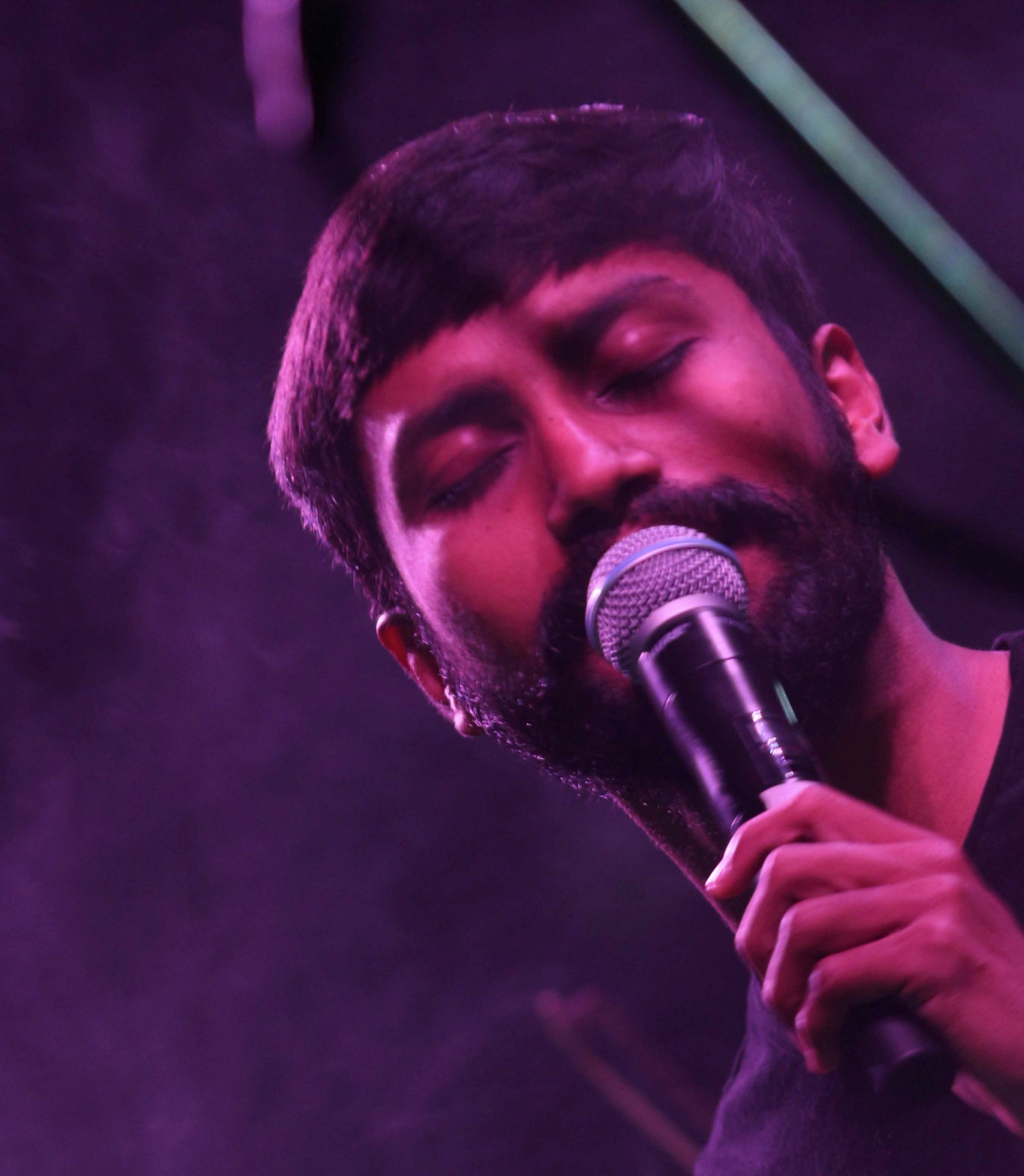 Engineer by Education and Musician by passion, Akhil is an emerging Vocalist who was mentored under ace Carnatic Veteran Shree Akella Mallikarjuna Sharma garu. Right from college days, Akhil was inclined towards music and handled dual responsibility of pursuing his masters in IT in Thailand and working his hands on various forms of music. He learnt the nuances of Swarakalpana from his Guru and has participated in numerous reality singing shows which includes popular "Padutha Theeyaga" hosted by the legendary singer SP Balasubramaniyam.

An ardent fan of AR Rahman, he believes in communicating the deeper feeling of a music composition and does it with much elan with his mellifluous voice. Currently associated with a popular Rock band of the city as a Lead Vocalist, Akhil is interested to share his knowledge of Carnatic and light music with the beginners and music enthusiasts. 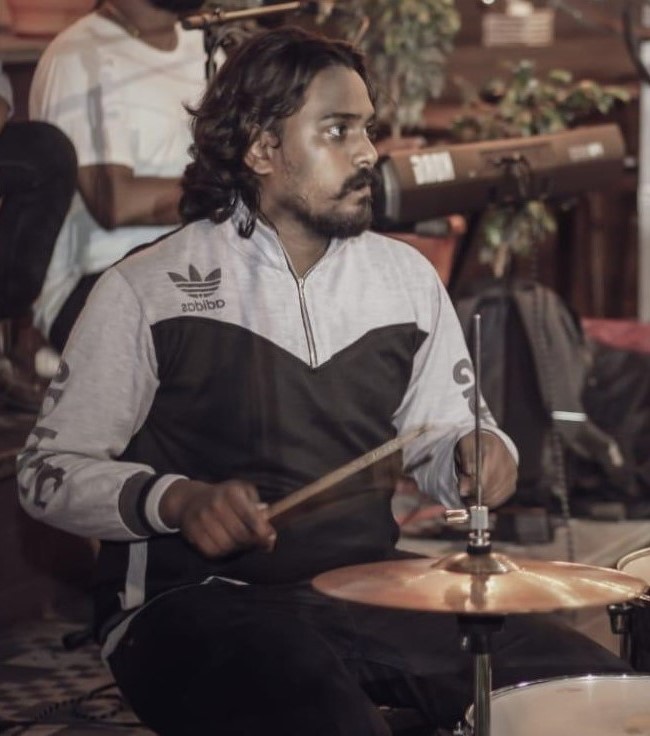 Abhishek is the KD (Killer Drummer) for VOS. He is a versatile drummer with experience in teaching for more than 7 years and playing live for 9+ years. Abhishek is also Certified in western drums by Triniy college London Guildhall music. He not just teaches drums, he teaches his students to STEAL THE SHOW.

Anand is the master of keys both teaching and playing live. He is currently working with Hyderabad Public school as music faculty. We are honoured to have him with us. 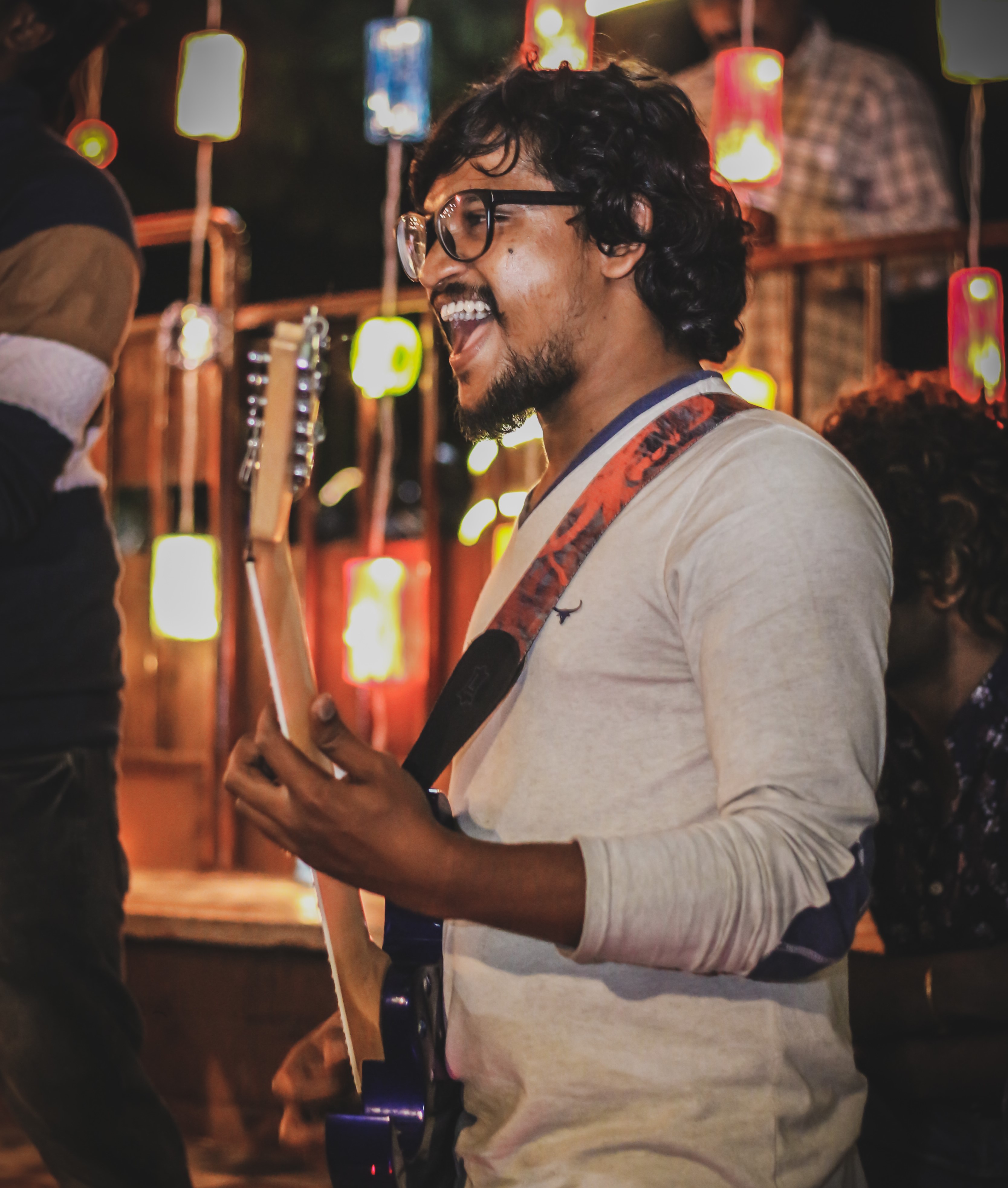 Gautham is experienced in teaching Acoustic/ Electric Guitars for more than 5+ years and has traied over 50+ students of all age groups. He has exposure to western Rock, also did his music certification by Triniry college London Rock and pop music. He also prepares his students for Music exams and certifications. 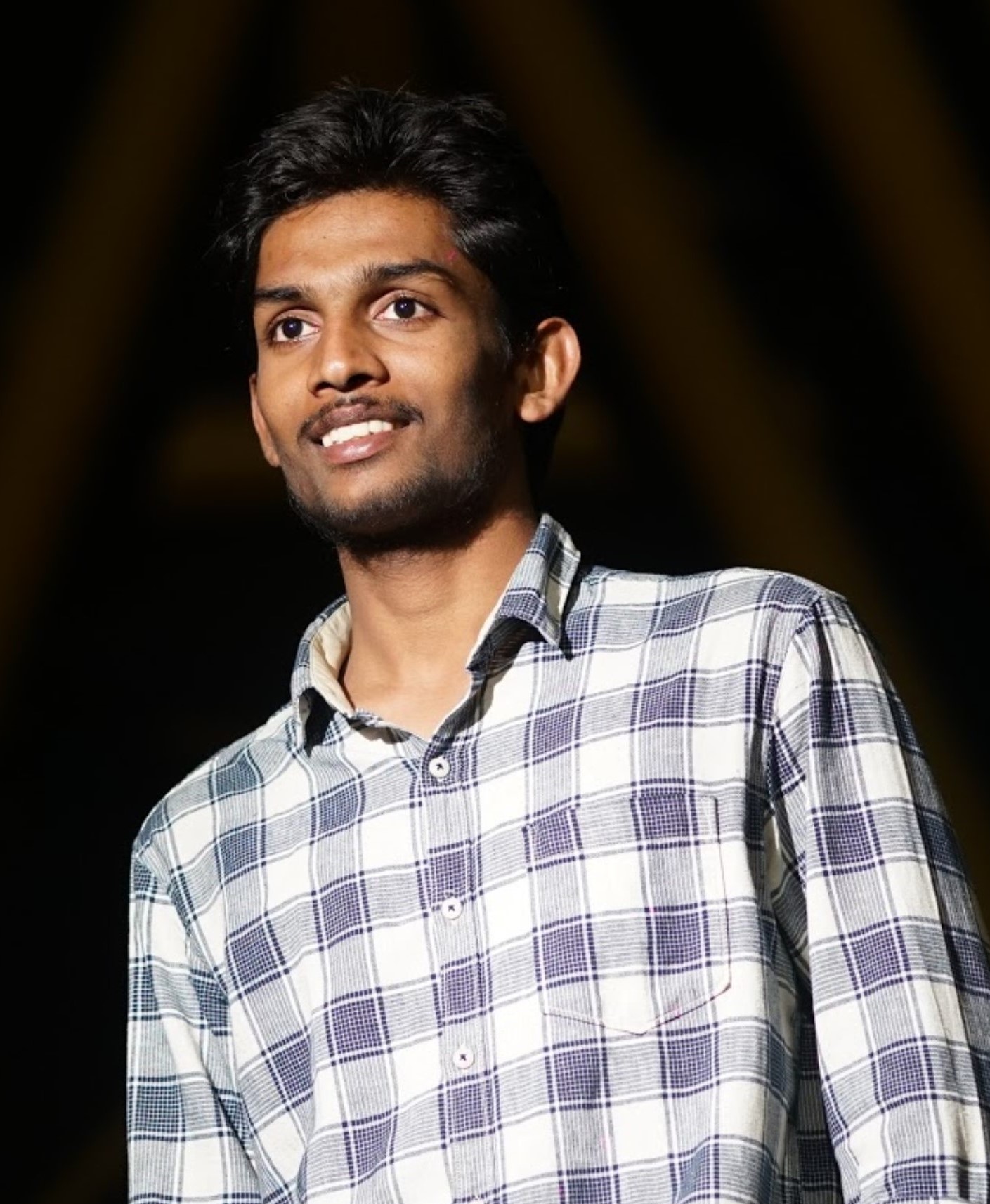 Raviteja is the next sensation in music from VOS. He is a prodigy who develop playing keys from very young age. He completed his professional grades on piano and he is the most promising faculty for mastering Piano and western music notation.

Tej, is an accomplished Violinist with 10 years of teaching experience and helping 100+ students to appear for Trinity guildhall/ rock and pop music grade examinations. He is well versed with western style of teaching violin and has appeared and accompanied various artists in different stages. 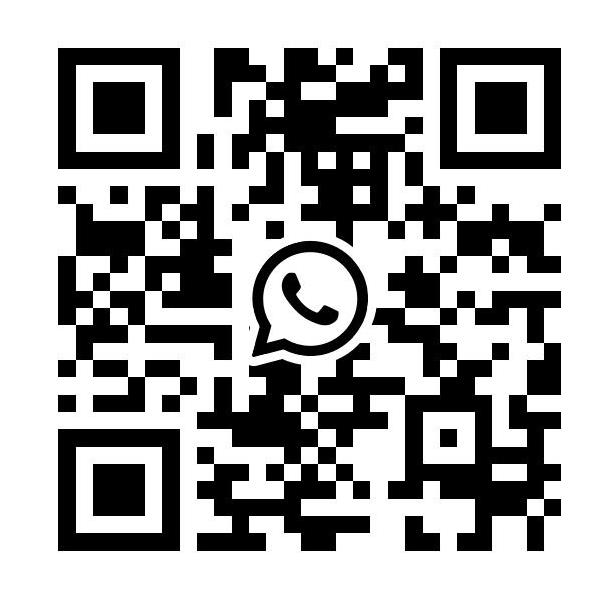